The Many Vitamins in HEAL (Plus Other Good Things) 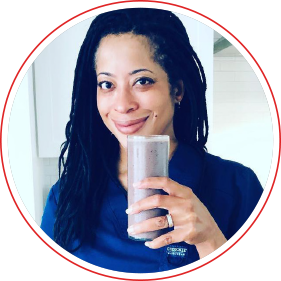 One day, while discussing all things nutrition with a nurse at the hospital, I took the opportunity to introduce H.E.A.L. As she looked at the label, I asked if she had any questions about the product.

She asked, “Are there any vitamins in it?” Although the question surprised me, it gave an opportunity to explain why H.E.A.L. is a game changer for nutrition.

H.E.A.L. was physician-developed using science-backed nutritional medicine, and the knowledge that chronic disease (such as heart disease, diabetes, strokes, arthritis, dementia, and most cancers) has its root cause in inflammation, poor immune function, and oxidative stress. Specifically, research has conclusively shown that the compounds in whole plant foods, called “phytonutrients”, possess amazing health-promoting qualities, such as enhancing immunity, repairing DNA damage, detoxifying carcinogens, and eliminating inflammation and oxidative damage. In fact, in its 2017 position paper, the World Health Organization stated that reduced fruit and vegetable consumption is linked to poor health and increased risk of noncommunicable disease, and they estimated that 3.9 million deaths worldwide in 2017 were attributable to inadequate consumption of fruits and vegetables.

Science has also shown that all protein is not created equal. PLANT protein has been shown to be the superior protein for optimal health, so much so that the new Health Canada Food Guide specifies that plants, such as legumes, are the PREFERRED source of protein, instead of animal sources.

The team at PHOX Foods took all of this into consideration when developing H.E.A.L., a 100% plant-based, organic meal replacement or meal addition formula.

DOES H.E.A.L. HAVE VITAMINS IN IT?

When looking at our list of ingredients, there is a glaring absence of synthetic vitamins and minerals. That is because, unlike every other product on the market, H.E.A.L derives ALL of its nutrients from ACTUAL PLANT FOODS in their natural form. There are NO SYNTHETIC VITAMIN ISOLATES.

This is a big deal, because the body doesn’t use or metabolize synthetic vitamin isolates in the same way it uses the actual food. Countless studies have shown that the intake of vitamins and minerals are linked to lower disease rates and risks of chronic disease, BUT ONLY WHEN THE NUTRIENTS CAME FROM ACTUAL FOOD, NOT SUPPLEMENTS.

That is because there is so much more to a vegetable or fruit than an individual vitamin or mineral. Real food comes in a package that includes dozens of phytonutrients, fibers, and enzymes that all work synergistically to impart their incredible health benefits. And certain vitamins, specifically Vitamins A and E, have been shown to result in INCREASED lung cancer rates when taken in supplement form, but decreased rates when obtained in fruits and vegetables.

WHY IS IT A POWDER AND NOT A LIQUID?

The makers of H.E.A.L wanted to create the most nutrient-rich solution for health and disease-free longevity. Once fruits and vegetables are processed into a liquid, they must be pasteurized in order to ensure safety. Pasteurization involves adding heat and/or high pressure, which denatures and removes most of the beneficial antioxidants and nutrients found in plants. The best way to maintain and preserve nutritional value is to freeze dry the vegetable or fruit immediately after picking, then distribute in a powder. This is how H.E.A.L. is made, and the majority of the anti-inflammatory and antioxidant phytonutrients remain intact right up to the point where you add your preferred liquid and mix. 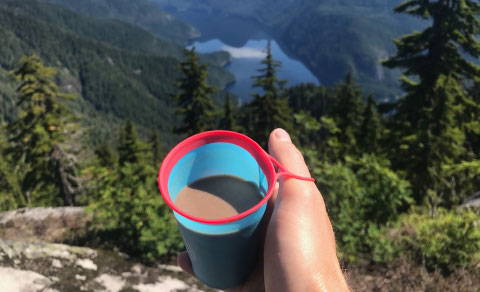 WHY ARE WE APPROVED BY HEALTH CANADA?

H.E.A.L. is the ONLY 100% plant-based product that meets the strict Health Canada Guidelines for meal replacements. These guidelines represent the highest standards in the food industry, and H.E.A.L. meets these guidelines using ONLY plants, with no synthetic vitamins or minerals. Because H.E.A.L. meets these standards, it can be used as the sole nutrition for those who require tube feeding to obtain 100% of their nutrients. And those getting nutrition from H.E.A.L. are getting their nutrition from REAL vegetables and fruits in their natural form, not synthetic vitamins.

WHAT DOES “KNOW BETTER, DO BETTER” MEAN?

H.E.A.L. was developed using SCIENCE, meaning we now know that disease, mortality, and disability are intricately tied to diet, specifically the consumption of whole plant foods. And since the science is clear, we can now do better, by providing phytonutrient-rich, anti-inflammatory and antioxidant formulations that are optimally absorbed for the best chance at health and disease-free longevity. We also know that animal agriculture is destructive for the planet, so developing a solution that does not use animal sources is doing better for the environment.